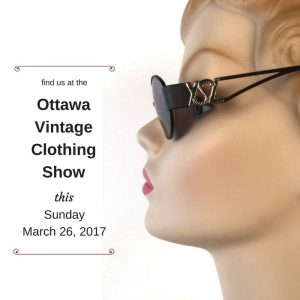 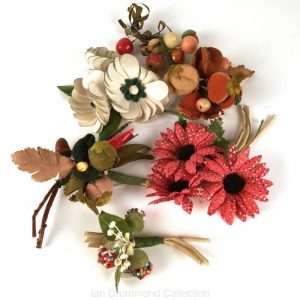 It’s time for the Ottawa Vintage Clothing Show – it’s one amazing day! What a way to get Spring started! 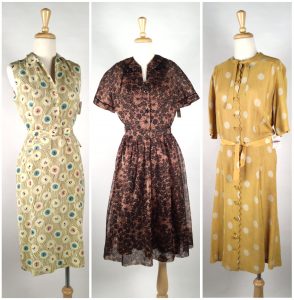 Here’s where to find us in their new location at the Carleton University Fieldhouse: 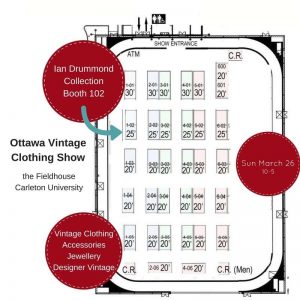 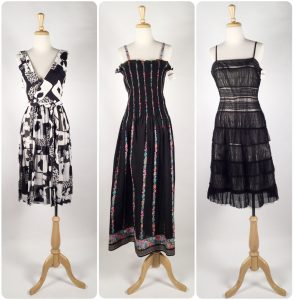 iandrummondcollection
•
Follow
A fresh batch of menswear just landed in our store. Some great items from the 60s and 80s. Make sure to check out our entire menswear selection online as we have lots of great pieces including suits in multiples, perfect for costumers. If you’re in Canada, have a great long weekend! If you’re elsewhere, have a great regular weekend! 😉 #vintagemenswear #vintagemensclothing #vintagesuits #vintagemens #vintage60s #60smenswear #80smenswear #80sfashion
View on Instagram |
1/9

iandrummondcollection
•
Follow
This beautiful 1970s Léron dress could be perfect for a winter wedding, but it is also a beautiful and unique dress for any occasion! It was likely a Hostess dress, as this company made many house dresses, slips and night gowns as well as bed linens. This dress has a wonderfully soft silk lining and yes, those are pockets! Available in our shopify. Léron was founded in 1910 by husband and wife Charles and Margaret Forster who came to New York from Vienna. Their collections of fine linens were manufactured in Paris, often made from cashmere, wool and silk, and their shop could be found on the upper east side of New York. . . . #vintagebride #vintage #1970sweddingdress #vintagefashion #1970sbride #weddingdress #vintagewedding #vintageweddingdress #vintagebridaldress #vintagebride #truevintage #truevintageootd
View on Instagram |
2/9

iandrummondcollection
•
Follow
Can we talk about this train?! While it may be no match for Lady Di’s, it is still breathtaking and beautiful - and slightly more practical! This is a stunning 1950s wedding gown with lace sleeves and a demure, tulle netting on the bodice, framing the décolletage and back with a scalloped edge. It’s so classic and reminiscent of Grace Kelly’s dress with those beautiful sheer sleeves and covered buttons! Find it in our shopify store’s bridal collection 🕊 . . . #vintagebride #vintage #gracekelly #gracekellywedding #1950swedding #1950sbride #1950sbridal #1950sweddingdress #vintagewedding #vintageweddingdress #vintagebridaldress #vintagebride #truevintage #truevintageootd
View on Instagram |
4/9

iandrummondcollection
•
Follow
We couldn’t post all of this wedding content without mentioning Miss Vera Wang! Wang is an American fashion designer, the daughter of Chinese immigrants. She earned an art degree from Sarah Lawrence College in New York and immediately was hired as an editor at Vogue, making her the youngest editor ever of the magazine. She left this post in 1987 to Join Ralph Lauren as design director, for whom she worked for two years. At 40, she became an independent bridal wear designer, for which is well known internationally. Her inexperience in bridal gave her a fresh perspective on the market and she has maintained an anti-traditionalist approach to designing. In 1990, she opened her own design salon in the Carlyle Hotel in New York City that features her trademark bridal gowns. She has since opened bridal boutiques in New York, London, Tokyo, and Sydney. She has designed the wedding gowns of such celebrities as Sarah Michelle Gellar, Avril Lavigne, Victoria Beckham, Mariah Carey and Kim Kardashian. Vera Wang bridal gowns had big roles in film and TV including on Sex and the City, Gossip Girl and Bride Wars. “I like to think that we really gave women permission to experiment and to be free. We showed women they didn’t have to conform or dress a certain way. We really encouraged diversity. If I go down for anything, that’s what I’d like to be remembered for – in a traditional business, we broke every rule.” In 2013, she launched a bridal collection entirely in red – an homage to her Chinese heritage, where the colour is seen as a symbol of good fortune, reflecting love and romance. “One year I did a black and nude lingerie-inspired collection because that’s what all my girlfriends were wearing,” she recalls. “A lot of people were shocked – they said it was depressing to have brides in black. I said, ‘Not at all, it’s sexy.’ Then of course a lot of brides embraced it.” Her wedding dresses have had an enduring popularity and are coveted by many brides the world over. The name Vera Wang has entered into pop culture as being synonymous with luxury dream bridalwear. #verawang #weddingdresses #couturebride #americandesigners #designerdresses #bridewars #carriebradshaw
View on Instagram |
5/9 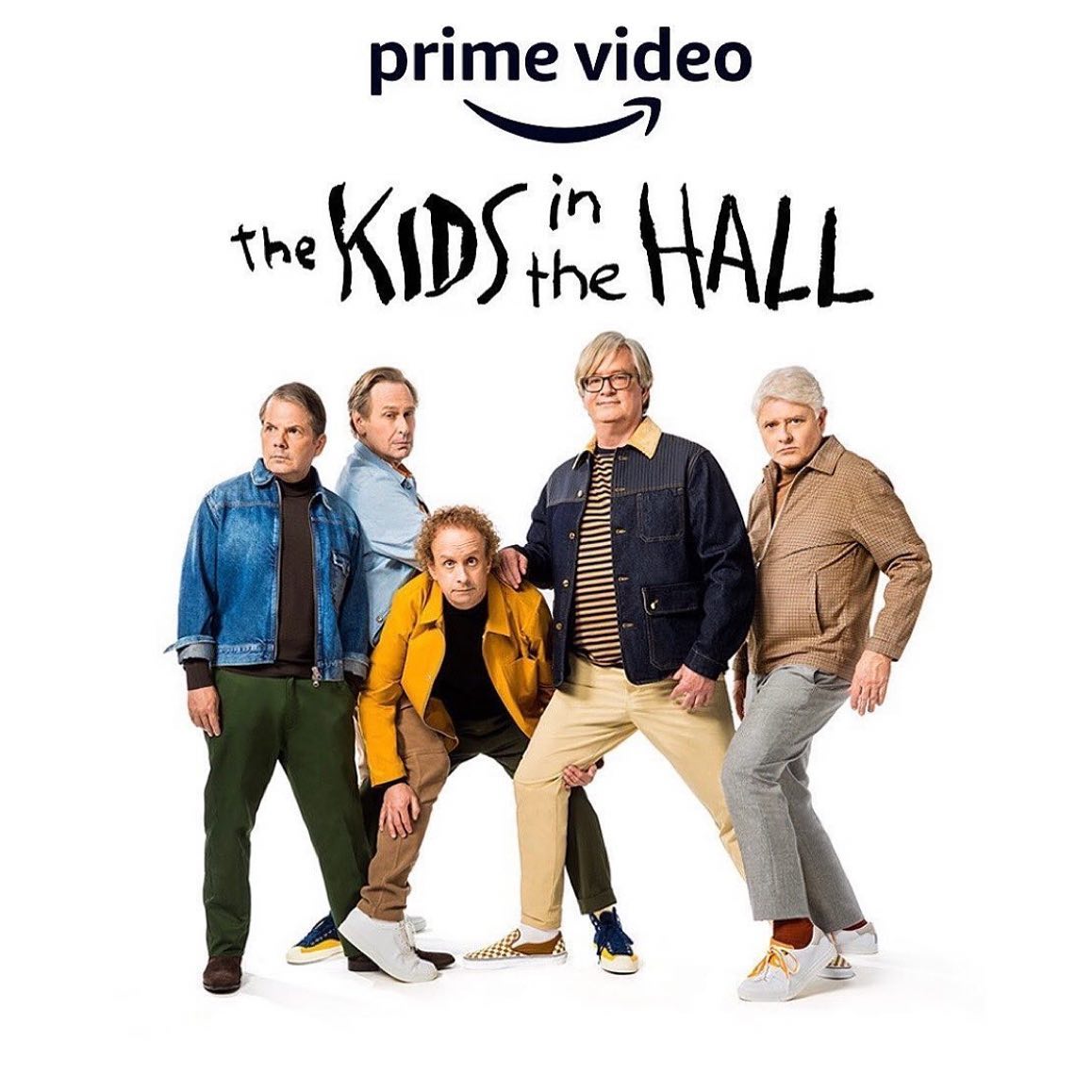 iandrummondcollection
•
Follow
Have you tuned into the new Kids in the Hall? Happy to see this iconic comedy show get rebooted! Thanks @kendraterpenning for working with us! Stream it now on @primevideo. . . . #costumerentals #costumedesign #costumedesigner #vintagecostume
View on Instagram |
6/9

iandrummondcollection
•
Follow
We just listed these ivory silk 1980s Florence Freda bridal gowns with rosette appliqué’s. These dresses are clearly well made and the fabric is beautiful. We can see these being a great upcycling opportunity and are wondering what ideas our followers have for revamping these dresses? Let us know in the comments! The bubble and tiered skirts reminded us of Rita Wilson’s wedding dress (which she changed into after her ceremony to Tom Hank’s, during which she wore a more traditional gown) and also a dress she wore to a movie premiere in the 80s. Rita & Tom forever! ❤️ #80sbride #80sdresses #80swedding #vintagebride #vintagewedding #sustainablebride #sustainablewedding #80scostume #vintagedresses #weddingdresses #bridalgowns
View on Instagram |
7/9

iandrummondcollection
•
Follow
Dreaming of the perfect outdoor wedding in this 1960s lace dress! Complete with little bell sleeves and a dainty lace trim, this one is reminding us of Priscilla Presley’s wedding gown! While we love her bouffant hairdo and massive veil, we’ve pared the look down with a 1920s orange blossom flower crown for a more bohemian feel 🌾 link in bio or click to shop it on www.iandrummondvintage.com 🌸 . . . #vintage #curatedvintage #vintagebride #lauraashley #vintagebridal #vintagefashion #vintagewedding #vintageclothing #vintagecommunity #vintagecommunityforsale #vintagestyle #truevintage #truevintageootd
View on Instagram |
8/9