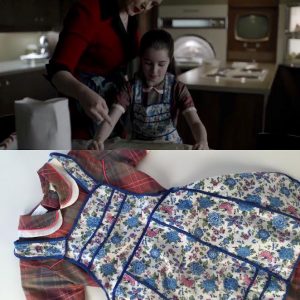 2016 was a good year at the Ian Drummond Collection on all counts. We had the good fortune to work with extremely interesting productions that were figuratively and literally all over the map, and spanning every decade.

One of our favourite experiences from this past year was providing wardrobe for Costume Designer JR Hawbaker for The Man In The High Castle, helping to create the “period drama for a period that never was” (as described by former showrunner Frank Spotnitz  – X-Files.) 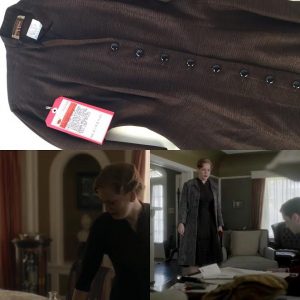 From the time Hawbaker and Assistant Costume Designer Koreen Heaver first came into the studio to pull for the season, to seeing it realized on the small screen, it has been an adventure that has been challenging for IDC’s staff, and one that brought satisfaction and pleasure in the results. 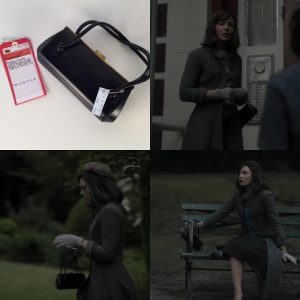 Hawbaker and Heaver’s pull was split between Principals, Stock, and Berlin. The designer focused on  a cool palette.  We learned their “rules” about what colours would work, and what we needed to consider when we’d be asked to send items “on spec.”  Their use of our stock of late 1950s clothes conveyed that in this alternate post-war America and Germany,  that France and the United States do not advance in fashion during the inter and post-war periods as they did in real-world history.  (Givhan, 2015). 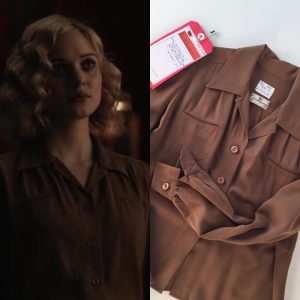 Our own understanding of how people dressed and experienced their world during the early 1960s is altered in “small shifts ” as Hawbaker explained when discussing Joe Blake’s (Luke Kleintank) suits for the second season, when he finds himself in Berlin. To read more about J.R. Hawbaker’s motivations and inspirations in creating this world for Season Two, consider her  interview with TVinsider, where her insight into costuming is beautifully put:

“Hawbaker knows she can often look to the actors themselves as collaborators in dressing their characters. “The fitting room is sort of this sacred, safe place where both actors and designers can look for the characters,” she explains. “We have this fall-down-the-rabbit-hole experience together.” 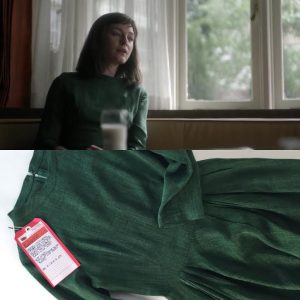 We would like to thank JR and Koreen, and the whole  Man in the High Castle costume department for giving us an opportunity to work on this project. If you are in America you can catch the new season on Amazon Video – and we’ve heard  we can look forward to a Season 3.

Givhan, R. (2015). The Battle of Versailles: The Night American Fashion Stumbled into the Spotlight and Made History. New York: Flat Iron Books.

Halterman, J. (2016). The Man in the High Castle: The Challenges of Costuming Drama About a Post-WWII Nazi World. Available at: http://www.tvinsider.com/article/98814/the-man-in-the-high-castle-the-challenges-of-costuming-drama-about-a-post-wwii-nazi-world/ 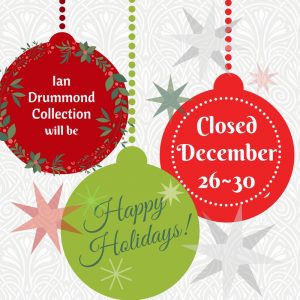 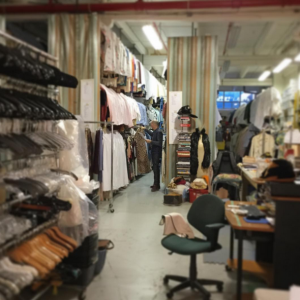 While some productions are wrapping, others are gearing up. While we can’t name names, we CAN mention that we’re working with some exciting productions that are taking IDC’s items around the world, and back in time.

It’s always a thrill when our items grow wings. 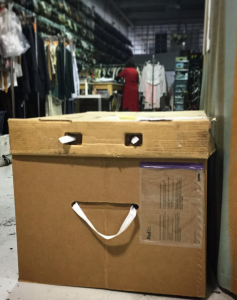 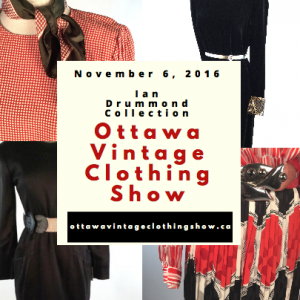 It’s nearly time for  Ian’s last big show of the year: the Ottawa Vintage Clothing Show. Here is where items that don’t work for our film and television rental stock go so that they can work for you!

The event page is here, for updates and reminders.

But the show page is always active, so you can stay tuned all year. DO be sure to click through to find how to get discounted admission.

As a longstanding participant, Ian has been glad to lend his voice to promotions, so you can put a face to the name by looking at their media page   (and say hello when you see him!) 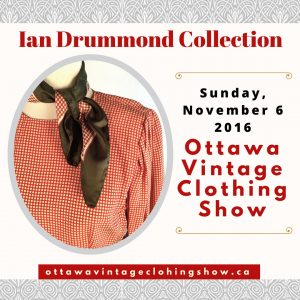 We are trembling with antici………………..…………pation. The Rocky Horror Picture Show: Let’s Do the Time Warp Again airs tonight (Thursday, October 20, 1016) at 8pm on Fox. We couldn’t be more proud that it was an Ian Drummond Collection sweater on Tim Curry as the Criminologist. Congrats to everyone who worked so hard on it, and thanks for using IDC! (See our vintage looks in the wedding scene too!) 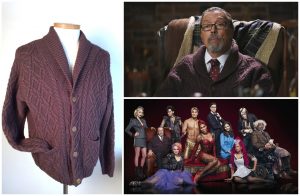 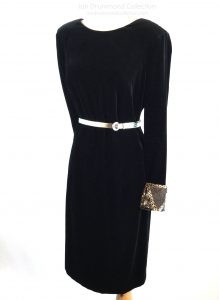 There’s only ONE vintage clothing show left for us this season, and it’s the Ottawa Vintage Clothing Show 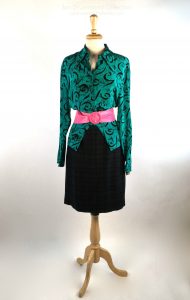 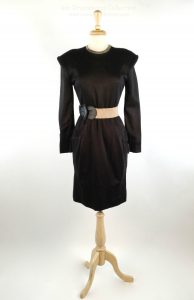 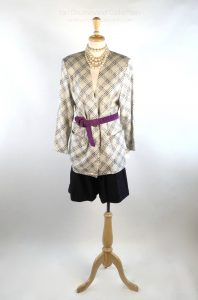 Of course we’re already planning our show – we’re keeners like that. Stay tuned for updates as we fill our racks, and don’t forget to follow us @iandrummondcollection on Instagram!

Why don’t you check out the Event Page! 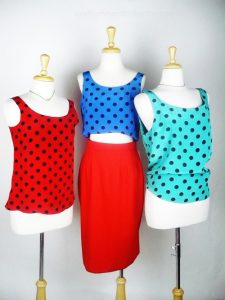 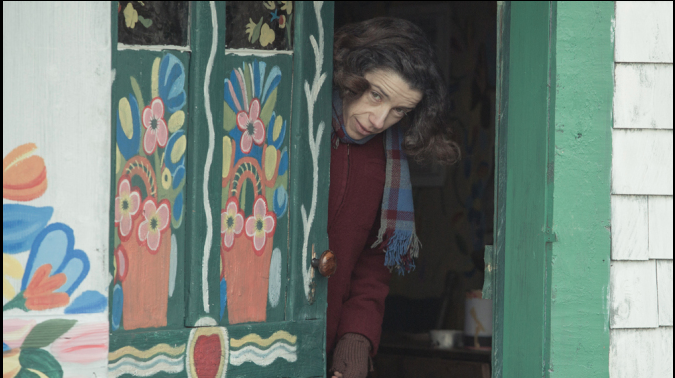 We have a soft spot in our hearts here at Ian Drummond Collection for Maudie – currently getting some nice buzz in the Toronto Star during TIFF.  We were happy to provide our own bits of colour to this charming movie, from period umbrellas to printed period dresses, elegant outfits,  character shoes and cosy sweaters – and many of the gents’ suits as well.

The palette was wonderful, and it was cheering to handle such sweet items on cold fall days. 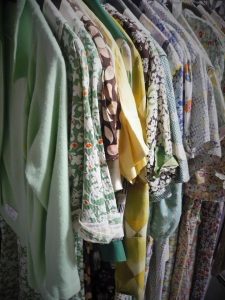 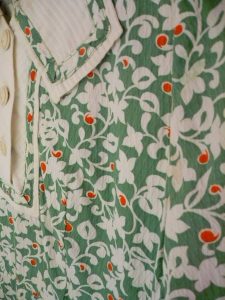 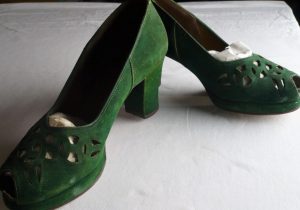 When we got the call that umbrellas were needed, we worked to snap our whole collection from every angle, and it’s now available on Pinterest. The designer was able to make choices, and off they went. 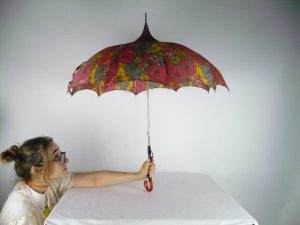 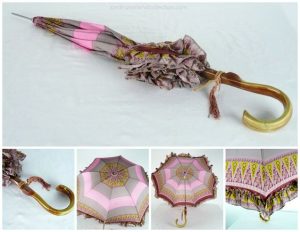 And then, when it was time for Nik Sexton to fly out for his role as Steven the CBC Reporter, we were able to pull a few looks for him, get him fit, and send him on his way with his wardrobe. 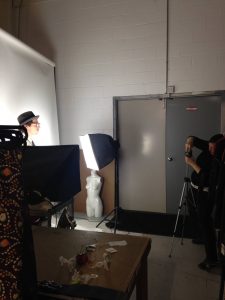 We’re looking forward to catching Maudie down the road  – it’s just a little funny that we’re so busy working on other productions that we can’t really get out to enjoy TIFF ourselves!

It’s time for the Christie Antique & Vintage Show THIS COMING SATURDAY! Ian himself will be presiding over his usual booth, Z40, in the Pavillion (near the restrooms, food and bank machine – it’s so perfect.) Why not come see what he’s got as part of the IDC “Catch and Release Program”? And if you have vintage clothing and accessories that would work for the studio collection, why not chat him up there? 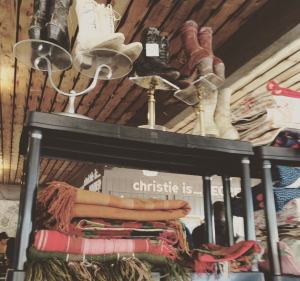 We’re so happy to have good stock in these styles for rental to film and television productions. They’re a nice alternative to the Stacey Adams granny boots – which we also have a great supply of – but we like to be excellent at what we do, not merely great.

Of course we love seeing Ian Drummond Collection wardrobe rental items in action when the projects finally air – but when Entertainment Tonight and In Style pick up on how well the designers are doing when it comes to turning Katie Holmes into Jackie Kennedy during the process of filming, we’re especially thrilled for them.

Nearly every day we get to see how hard the wardrobe department is working, and we love the challenge of helping them to tick their boxes.

Last week Thursday, on a hot spring day when finding a vintage mohair scarf anywhere else in town on short notice was an impossible feat, IDC was able to provide – even if that means it came straight out of a staff member’s personal collection (which had just been carefully packed away for the season the weekend before.)

THAT’S how much Ian and the staff at IDC care about the fantastic designers that come into the studio and the lengths we’ll go to – we’re grateful to be a part of such notable projects! 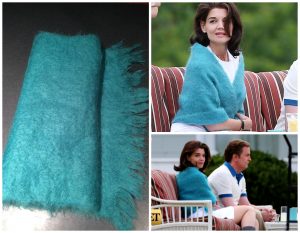